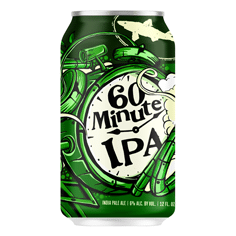 Dogfish Head has proudly focused on brewing beers with culinary ingredients outside the Reinheitsgebot since the day it opened as the country’s smallest craft brewery in 1995. The company has since grown into a top-20 craft beer brand, with notable brands dominating the national craft beer stage such as 60 Minute IPA, Slightly Mighty Lo-Cal IPA, SeaQuench Ale, and their Hazy-O!, their new Hazy IPA brewed with Oat Milk. Based in Delaware, Dogfish Head has something to offer everyone with their myriad off-centered concepts: Brewing & Eats, an off-centered brewpub; Chesapeake & Maine, a geographically enamored seafood restaurant; the Dogfish INN, a beer-themed, harbor-front hotel; and Dogfish Head Craft Brewery, a production brewery and distillery featuring the Tasting Room & Kitchen and Dogfish Head Distilling Co.