A Common Question: Is Champagne Wine?

If you've ever asked yourself the age-old question, "Is Champagne wine?" you're definitely not alone. Champagne begins as still wine and is made from fermented Chardonnay, Pinot Noir and Pinot Meunier grapes. What's really interesting is that champagnes orginiated as a still wine. Champagne’s characteristic effervescence was at first an annoyance to the local winemakers. In the centuries before central heating, bottled wine would get cold over the winter, and in the spring, the contents would warm up and begin a secondary fermentation. In the second fermentation, the wine increases in alcohol and the carbon dioxide dissolves into the wine to create the "sparkle". The monk Dom Pérignon is sometimes credited with inventing Champagne as we know it, but it’s more accurate to say he had a significant role in its evolution. From 1668 to 1715 he was the cellar master at the Benedictine Abbey of Hautvillers, and devoted much of his time trying to control what he called the “mad wine.” Dom Pérignon developed the art of blending wines, or creating a distinctive cuvée, as well as instating the use of heavy glass bottles and cork stoppers, which helped prevent bottles from exploding. Other pioneers in the field include Veuve Cliquot – the esteemed Widow Cliquot – who, after the death of her winemaker husband, oversaw technical improvements in removing sediment from the wine.

Where Does Champagne Come From?

Champagne production first began in a historical province in northeast France named Champagne. An interesting fact about the Champagne wine region is that champagne actually first originated in Languedoc in southern France, but winemakers soon determined the chalky soil conditions and cool climate of Champagne produced a better tasting wine. This earned the name "Champagne" when production started in this new northeast region.

Champagne can be purchased around the world, however, to be legally labeled "Champagne," the beverage must be produced within the Champagne region in France, which is approximately 100 miles from Paris. While the term "Champagne" is self-explanatory based on its origins, it is also associated with elegance, luxury and celebration.

Why Does Champagne Have Bubbles?

Bubbles are one of the most distinctive traits of champagne, as well as what makes it so much fun to sip. The foamy bubbles that appear as the cork is popped occur when yeasts and sugars from the wine ferment and create a gas with the release of pressure. The bubbles that float upward as you sip in celebration are actually caused by microscopic fibers inside the glass that create tiny air pockets as the champagne is poured. As the champagne settles in the glass, the gas bubbles rise up, creating that lovely, crisp effect.

How Is Champagne Made?

Champagne is produced using the traditional method. The winemaker starts by creating a dry, still wine for the base, and then blending it with others to achieve the desired style (cuvée). A mixture of sugar and yeast is added to the wine before it is bottled and sealed. Back in the cellar, the secondary fermentation begins in the bottle, taking up to six weeks for the yeast to break down the sugar and convert it to alcohol and carbon dioxide. The length of time the yeast remains in the bottle helps determine the wine’s flavors and the quality of carbonation. The bottles in the cellar are regularly rotated over a period of weeks or months (the process, known as riddling, may be mechanized or manual), until the remaining yeast lodges in the neck of the bottle. That yeast is then frozen and removed (disgorged). Additional wine is added, plus a small amount of sugar to balance the flavors. The bottle is sealed with a compressed mushroom cork and wire cage to keep all the good stuff inside, and then returned to the cellar for more aging.

The traditional method is clearly time-consuming and labor-intensive, and over the years winemakers have developed less costly variations on the process. The simplest is the tank method, in which winemakers begin the second fermentation of still wine in a large pressurized tank instead of individual bottles.

Champagne, Prosecco and Cava are in an "umbrella category" of sparkling wines and champagne beacuse each go through a secondary fermentation process to create bubbles and a distinct taste. That said, they vary in style and quality depending on where they are made.

The main difference is that champagne can only be labeled champagne if it is produced within the French Champagne region. The difference between Prosecco wine when compared to champagne and cava is it is produced in Italy with Glera grapes, and the production method is slightly different. Although Prosecco goes through a secondary fermentation process as well, it is aged in steel tanks as opposed to glass bottles, which gives it a signature "fizz" along with the bubbles. Cava is the official name for sparkling wine produced in designated areas, mostly within the Penedés region in northern Spain, west of Barcelona. Most Cavas are made using the native Spanish white grapes Macabeo, Parellada and Xarel-lo, with modern styles also including the Champagne grapes Chardonnay and Pinot Noir. Rosé or rosado cavas may include Pinot Noir, Garnacha and Monastrell.

Like all fine sparkling wines, Cavas can be made in styles ranging from dry (brut) to sweet (dulce). They are fermented using the same traditional method as Champagne, and must be aged nine months in bottle. Higher quality Reservas are aged 15 months, and Gran Reservas 30 months, before release.

The common thread between champagne and sparkling wine is the fact that both beverages taste delicious and serve as symbols of happiness and celebration. From memorable wedding receptions and gala events to anniversaries and New Year's parties, the "bubbly" is here to stay. Whether you choose a delicious pink champagne or fizzy Prosecco for a party with your girlfriends, or decide on a rich Blanc de Noir champagne for your next black-tie affair, this elegant beverage is a welcome guest at any event. 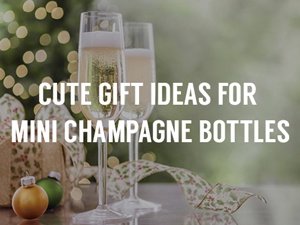 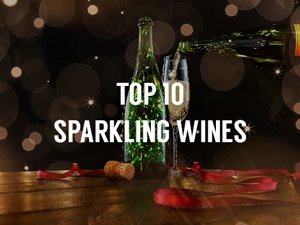