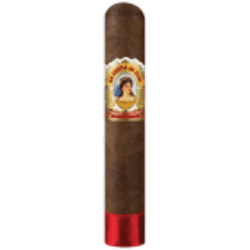 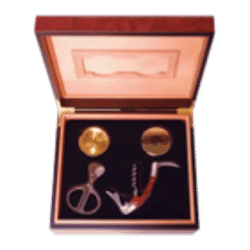 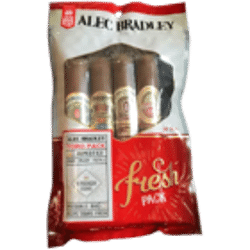 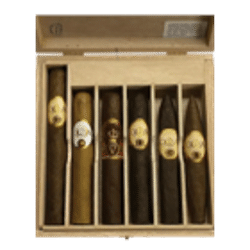 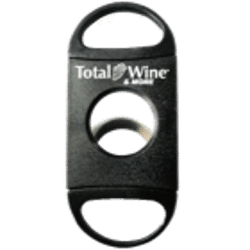 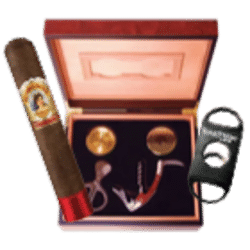 Cigar of the Month

The Wide World of Cigars

Cigars have become far more popular than most people ever thought possible, but anyone who’s ever smoked a great one knows that they offer seriously memorable pleasure. The good news is that world-class cigars are being grown and made in a much broader range of countries than they often get credit for: It’s not just Cuba that’s home to the best of them anymore.

Cigars are rolled up bunches of tobacco that are smoked and usually not inhaled, unlike cigarettes. Depending on where the tobacco is grown, how it’s processes and the size and shape of the cigar, the flavors can range from fruity to chocolatey to reminiscent of coffee. Some even remind professional tasters of spice, leather, and nuts.

Where do cigars come from?

The best cigar tobacco generally grows in tropical climates, but since that tobacco can be shipped around the world, cigars are rolled all over the planet. The most popular countries of origin, however, are Cuba, Nicaragua, Honduras, and the Dominican Republic, among others. They are enjoyed all over the place, and whether you’re in Paris, Buenos Aires, or Moscow and beyond, you’ll see stores with signs advertising cigars for sale, and cigar brands ranging from lesser-known to more famous cigars.

How are cigars made?

There are three main parts to a classic cigar: the wrapper, the binder, and the filler. (There is also a cap of tobacco that seals the top.) After tobacco is harvested and processed—aged or fermented, generally—highly skilled rollers gather filler leaves, which will comprise the bulk of the cigar, and then roll them together with binder tobacco outside of them. Finally, the most beautiful leaves are set aside as wrappers, and this is the outermost layer that you see in the cigar box. Cigars are stored at approximately 70% humidity and generally shipped in wooden or cardboard boxes.

What are popular brands of cigars?

Padron Cigars, Acid Cigars, Alec Bradley, Gurkha, Quorum Shade, Romeo y Julieta, Excalibur Cigarillo, Rocky Patel, Macanudo, and Ashton, are all popular brands. Whether you’re looking for cigars for beginners or something more complex and powerful, all of these are excellent options. There’s a delicious reason why these cigars’ international reputations are so widespread.

Why are Cuban cigars illegal in the US?

Good news: they’re not illegal anymore. Due to the embargo on trade with Cuba, it used to be against the law to bring Cuban cigars into the United States. But today, you’re allowed to bring in up to 100 cigars at a time, of a value not to exceed $800. Just don’t try to sell them—that will get you into serious trouble.

Why do people smoke cigars?

Cigars offer a sensory pleasure not all that different from wine or whiskey. The best of them are complex, handmade products that reward contemplation and attention.

How do you properly smoke a cigar?

It doesn’t take much effort to properly smoke a cigar and get the most out of it, but a bit of practice will help make it more comfortable each time you fire one up. First, clip the top of it so that you can draw air through the cigar. Then gently heat the bottom of the cigar and, after a few seconds, begin puffing air through the cigar. Try not to touch the flame directly to the cigar, as this will lead to burnt flavors. Rotate the cigar as you light it to ensure that it burns evenly. Puff the cigar every 30-45 seconds to keep it lit. Pay attention to how the cigar’s flavors change as you smoke it—the evolution will be deliciously fascinating. Even smaller cigars, or jr cigars, reward the same technique.

Can I buy cigars online?

Buying cigars online is easy, and there are many places to do so. But the best place to buy cigars online is Total Wine & More, which offers a world-class selection of perfectly humidified cigars from around the world. And great wines and spirits to sip alongside them.

What is in a cigar?

Classic cigars are composed exclusively of tobacco. Flavored ones are available, however, and those are often flavored with whiskey, Port, or other flavoring agents like essence of orange or cherry.

Why do you not inhale cigar smoke?

Cigars are unfiltered, and inhaling them will tend to result in too much smoke being breathed in, which can be fairly uncomfortable. Cigars are, in general, about the flavor, and inhaling won’t enhance that aspect of them.

How long should you hold cigar smoke in your mouth?

This is a matter of personal preference, but as a general rule, holding the smoke in your mouth for more than a few seconds will leave a bitter, occasionally acrid taste in your mouth.

Browse our full selection of cigars online or check out our selection of highly-rated cigars for a great new cigar to try this week!

Want to learn more about cigars?

Visit our Guide to Cigars to learn more about cigars.