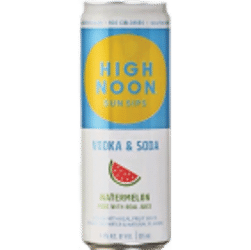 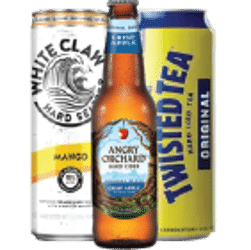 Love Seltzers? Us too!

From choosing the right flavor, to cocktail recipes, we've got it all here.

Hard Seltzer is the Next Big Thing

Hard seltzer—also known as spiked seltzer and alcoholic seltzer—has gone from novelty to dominant market force in just a few short years. No wonder: Consumers have embraced these occasionally wild-flavored, always delicious drinks for their range, their reliability, and their ability to refresh without providing too massive a hit of alcohol. If current trends continue, their rise will only continue to grow.

What is hard seltzer?

How is hard seltzer made? Hard seltzer is seltzer water with some alcohol in it. Of course, to discuss hard seltzer in such simple terms is to miss out on the category's incredible diversity since producers have found ways to modify and improve that basic concept in infinite ways. Some are flavored with natural or artificial fruit juices. Others have spices. It's not uncommon to find other hard seltzers with saffron, ginger, and more. As a category, hard seltzer is one of the most wide-ranging in the current market of alcoholic beverages.

What are the calories in a typical hard seltzer?

Calories vary from brand to brand, but in general, most hard seltzers are so popular due to the relatively low-calorie count. A 12-ounce serving of Truly, for example, rings in at just 100 calories. A can of White Claw is only 70 calories. As a general rule, hard seltzers tend to be lower-calorie beverages rather than high.

Most hard seltzers make a point of promoting the fact that they're generally lower in calories than equivalent volumes of other alcoholic beverages. In that regard, people on a keto diet may find that hard seltzer is a solid choice.

Is hard seltzer different than beer?

Yes, hard seltzer is different than beer. Beer is an alcoholic beverage generally crafted from barley (or other cereal grains), yeast, water, and hops. On the other hand, hard seltzer is seltzer water that has been infused with alcohol—which can come from multiple different sources—and some flavor, whether fruit juices, spices, or something else entirely. Hard seltzer also generally has fewer calories and carbs than beer.

What kind of alcohol is hard seltzer?

Hard seltzer can be made with alcohol that comes from a range of different sources. Some utilize grain spirit, like malted barley; others rely on alcohol obtained from cane sugar. However, it's essential to realize that it is not in the same category as hard spirits or beer.

Is hard seltzer better for you than beer?

The question of which is better for you is a complicated one. Some people would argue that beer is healthier since it's a more natural product, resulting from fermenting cereal grains. But others would claim that hard seltzer is the better option from a healthfulness standpoint since it tends to have fewer calories and carbohydrates. With much of the beverage world, the question of healthfulness comes down to personal preferences and which aspect of the beverage you choose to focus on.

How do you make hard seltzer taste better?

Most hard seltzers taste fantastic on their own, but to improve their flavor even more, add a bit of fruit juice—the results are outstanding.

Is White Claw beer or vodka?

Neither! White claw is a hard seltzer, which means that it isn't considered either beer or vodka.

Which hard seltzer is best?

There are so many great hard seltzers on the market, and the best hard seltzer is very much a matter of personal opinion and taste. However, some of the most popular hard seltzer brands include: