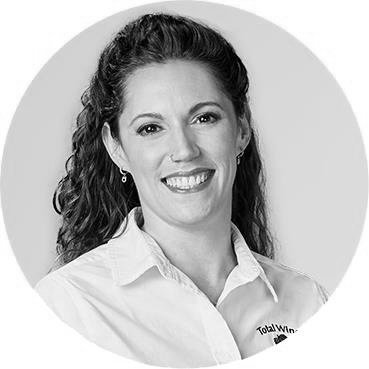 The distinctive, lively character of Gin comes from juniper berries and other botanicals, added to a base of neutral spirits.

While juniper gives Gin its strong and refreshing herbal profile, adding other botanicals allows producers to develop unlimited combinations of herbal, floral, citrus, and other flavors to create their own unique gin brand. 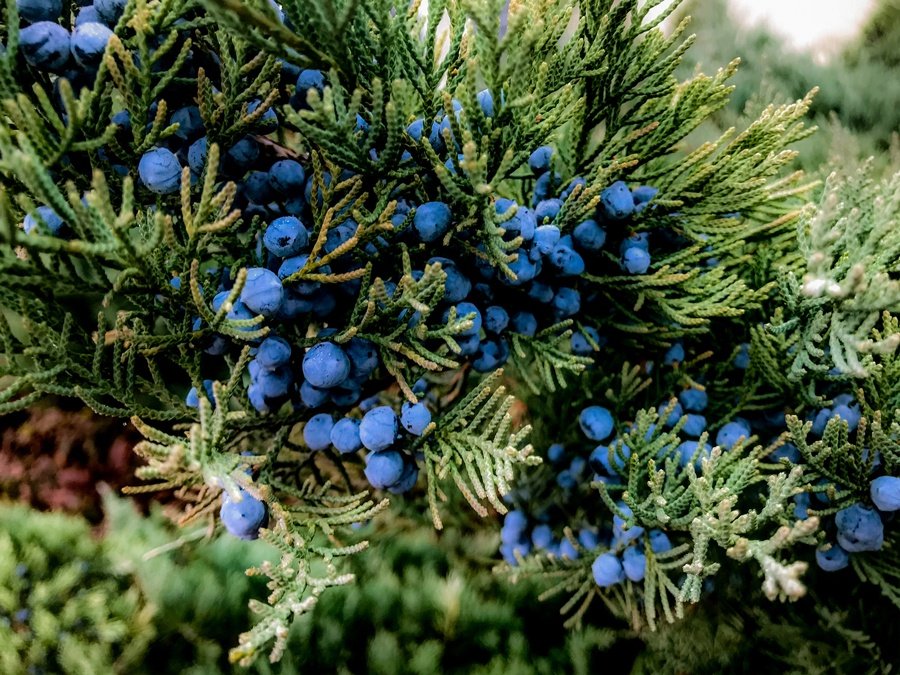 Where does Gin come from?

Notable for its long English history, Gin’s foundations are on the European mainland. Early physicians tried Gin-like elixirs to treat plague in the 1300s. It didn’t work, but the drink grew popular across the continent. It was later refined by a Dutch physician who distilled spirits with juniper to create a medicine called genièvre, French for juniper. Dutch soldiers used it to treat stomach maladies during the Thirty Years’ War (1618–1648), calling it "genever."

Having enjoyed a taste of the medicine in mainland Europe during that period, British soldiers brought the recipe home, where it quickly gained great popularity as a social drink known simply as "Gin."

Gin production exploded in London in the 1700s, becoming maybe a little too popular with the locals. By mid-century, the English government stepped in to address public drunkenness and passed the Gin Acts, which eventually barred unlicensed Gin production. Soon, professional distillation was producing branded, high-quality, London Dry Gin – still made today by some of the original distillers. 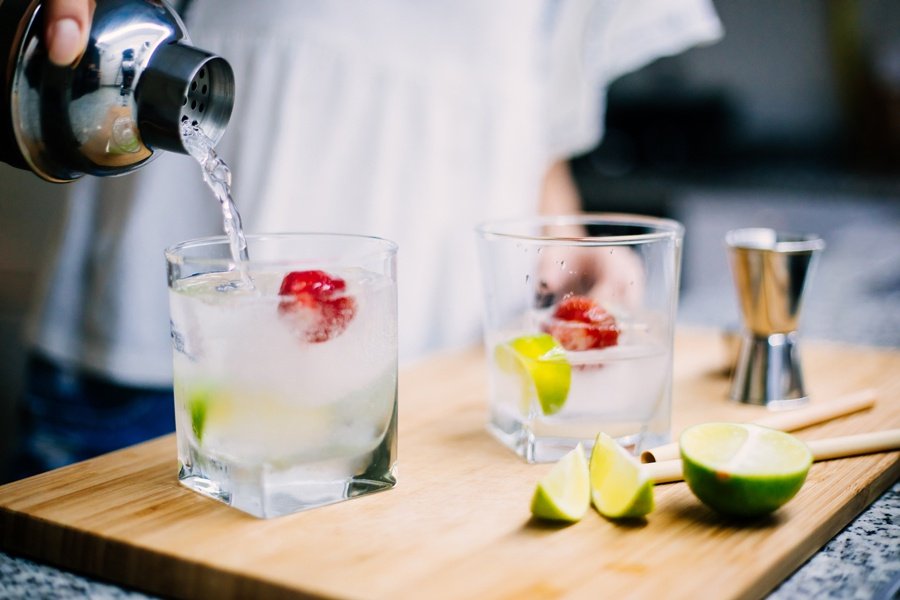 By the beginning of the last century, Gin was the cocktail mixer of choice. Easy production made it particularly popular in the United States during Prohibition, and it remained the drink of choice for decades, until Gin became the nation’s best-selling spirit.

How is Gin made?

In the United States, Gin is made by adding juniper and other botanicals to a neutral spirit to make a compound Gin, or by distilling it all together to make a distilled Gin. The final product must possess a predominant juniper flavor and have a Gin alcohol content of at least 80 proof (40 percent ABV).

Gin is one of the easiest spirits to make without sacrificing quality. It involves a distillation process that starts with extracting ethanol from a base spirit. That ethanol is then redistilled with the addition of juniper berries and other botanicals. Three redistillation techniques are commonly used by distillers to infuse the desired botanicals into ethanol.

Also known as “pot distilling”, this is when the distiller mixes both the botanicals and the ethanol in a pot still (a metal container sitting atop a heated source). First, a neutral grain spirit is made then the spirit is redistilled with juniper berries and any other desired botanicals. This method makes for a more full-bodied Gin.

Vacuum distillation, AKA “cold distillation” is a technique that requires a low-pressure vacuum environment. This environment significantly reduces ethanol’s boiling point. Some say that, due to the lower heat, the flavors from the botanicals are stronger. Technically you could use a neutral spirit, juniper berries, and botanicals of your choice, put them all in a container/jar, and let them steep for two weeks–similar to tea. Strain it out and you’ve got Gin. 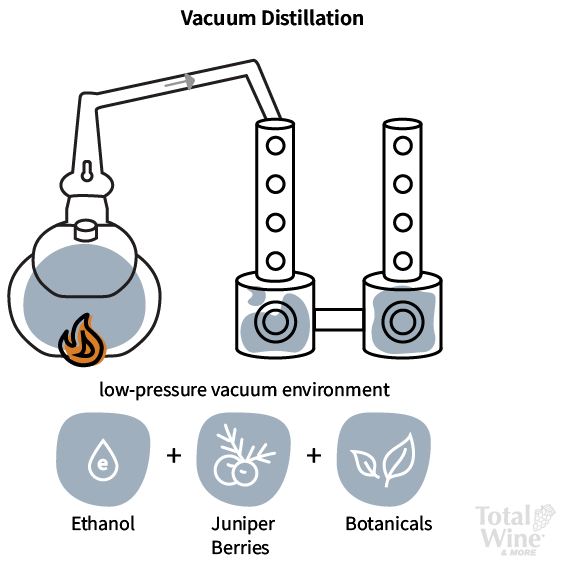 Vapor Infusion, or “column distilling”, is a little more complicated. You’ll need a Carter-head still equipped with a suspended basket. The basket is meant to hold the botanicals over the surface of the neutral spirit. As the spirit is heated in the still, the vapors reach the botanicals, releasing their oils. The vapors then return to a liquid form with the addition of botanical flavors. This method creates a smoother, more crisp gin, plus it can be made in bigger batches. 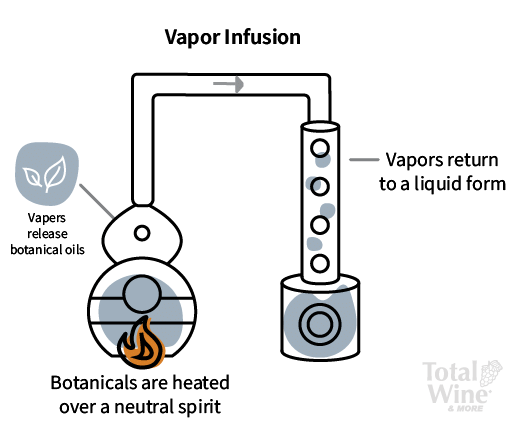 What are the different kinds of Gin?

More and more Gin styles are available as distillers get creative with their botanicals and production processes.

There are many different styles of gin. Let’s start exploring.

Classic London Dry Gin, well-suited for a variety of cocktails, is light and fresh and may be produced anywhere in the world. The term "dry" on the label of any Gin simply indicates the absence of sweetness. There are also standards one has to follow to qualify: at least 70% ABV, no artificial flavors or colors, and cannot contain more than 0.1 gram of sugar. 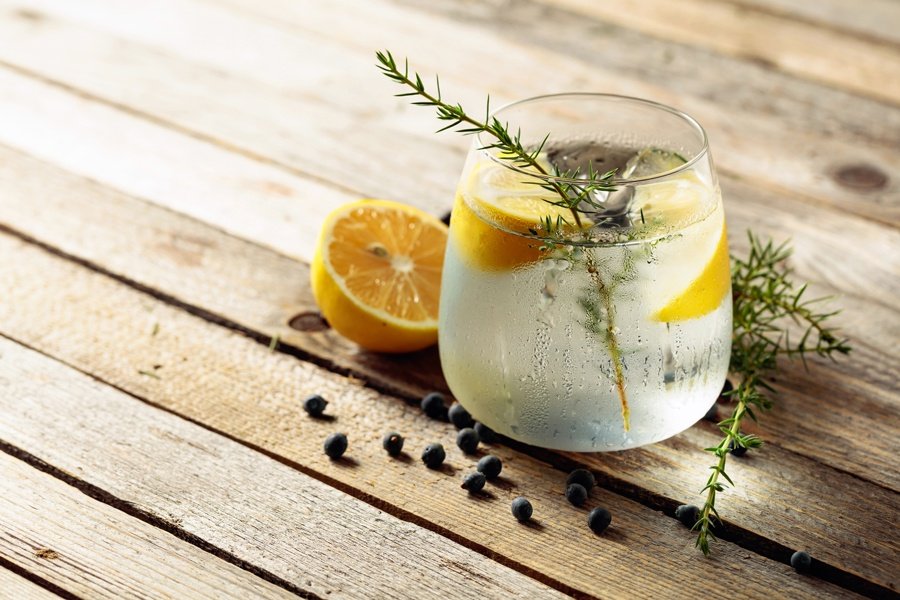 Genever Gin, AKA Sloe Gin, was the first born. As we mentioned in the history area above, it was produced a while before the modern gin we know today. It’s a more malty, whisky-like spirit with the addition of juniper. That means it has a savory, earthy flavor. This style is not distilled like the Gin we know today. It is flavored with sloe berries and sugar, giving it a purple hue and tasting more similar to a liqueur than modern-day Gin.

New American Gin is pretty simple. Other than juniper and a neutral spirit, this style ultimately refers to Gins that use less juniper. Also, there are no restricted botanicals like London Dry...they’re all fair game. 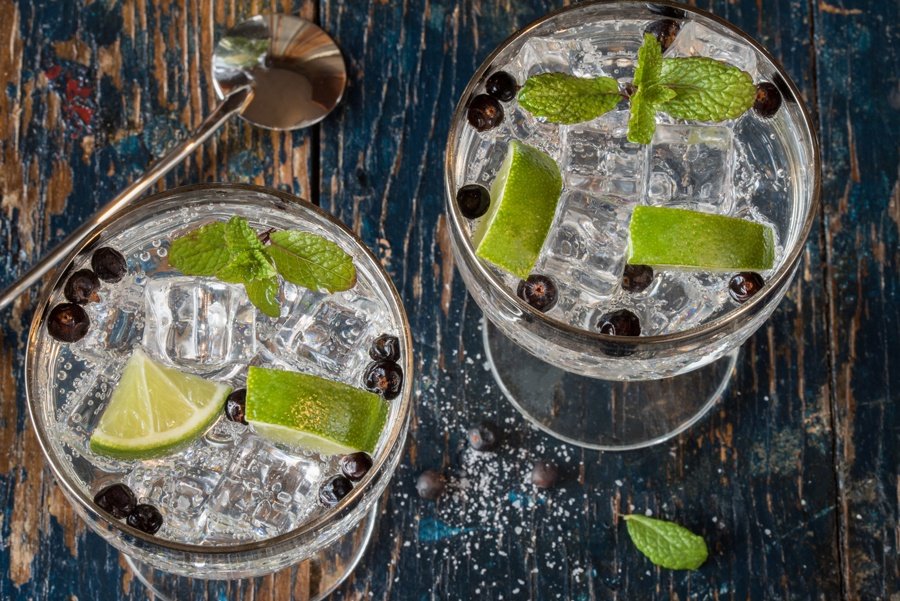 Plymouth Gin, which evolved at the same time as London Dry but in a different location, has a fuller body and some fruit flavor. That means it’s less dry and more sweet. It also has a strict rule of only being made in Plymouth, England, hence the name.

Last, but not least, is Navy Strength. You could probably guess what this style is, but it really only has to do with the strength of the alcohol! Most Gin ranges between 40-45%, but navy strength can get up to 57%. The name comes from the fact that it was the spirit of choice for the British Royal Navy in the 19th century.

While most Gin is made with juniper berries, these Gins have little to no other flavors added, allowing the juniper to shine.

Spiced Gin usually has notes of cinnamon, star anise, cardamom or nutmeg for a rich, warming flavor profile, along with slight sweetness.

Earthy-tasting Gin gets its flavor from Angelica and Iris roots.

Herbal Gins have a wonderful selection of botanicals like fennel, coriander, lemon, lavender and chamomile. 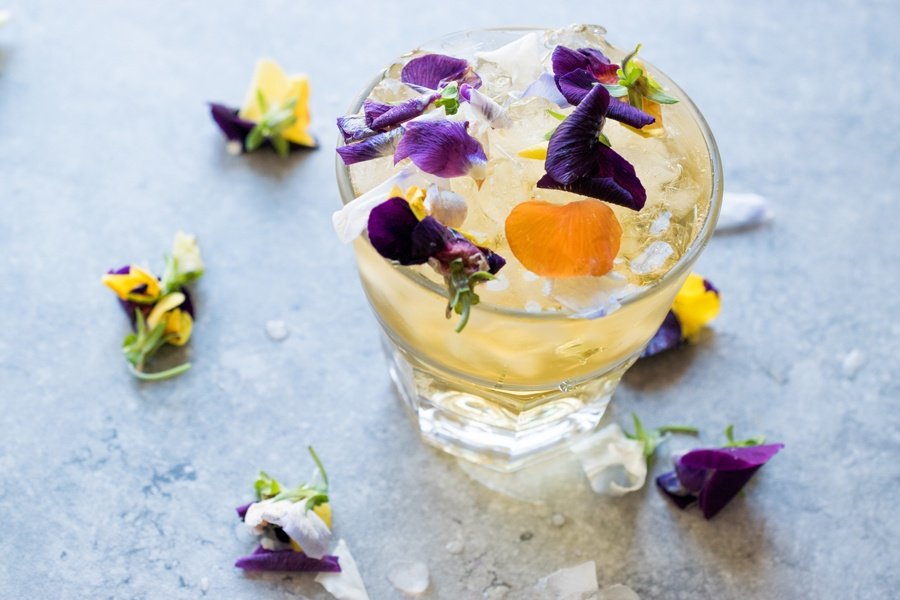 The best floral Gins offer notes of rose and cucumber.

There is a wide range of Gins that taste fruity with notes of orange, strawberry, lemon, raspberry, grapefruit, and many more.

How to drink Gin

Like with most spirits, there are three ways to enjoy Gin: neat, on the rocks, or in a cocktail. However, the most popular way to experience Gin is in a cocktail. 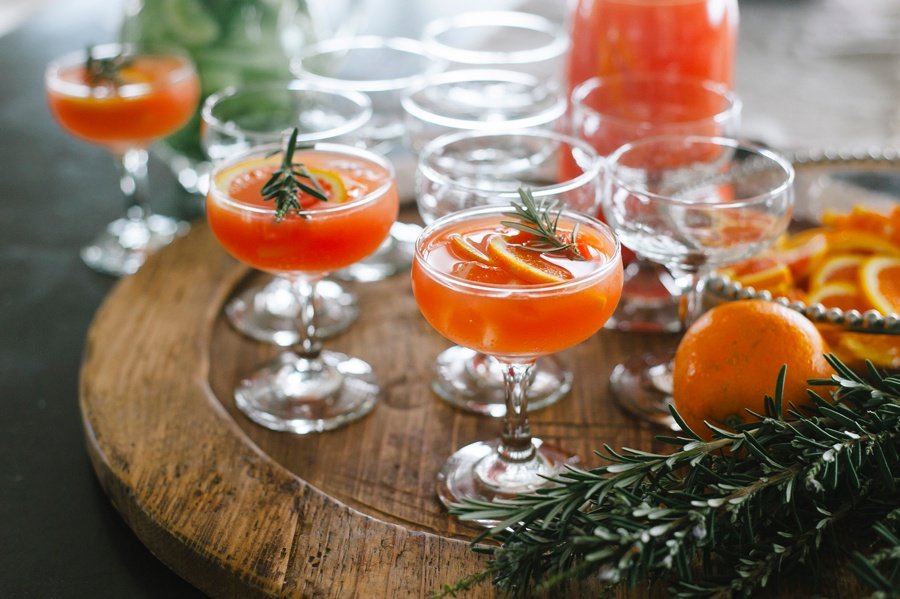 Appreciation for Gin has reemerged in recent years, thanks to super-premium and artisanal Gins making a splash in the cocktail culture.

Some of the most popular Gin cocktails include: 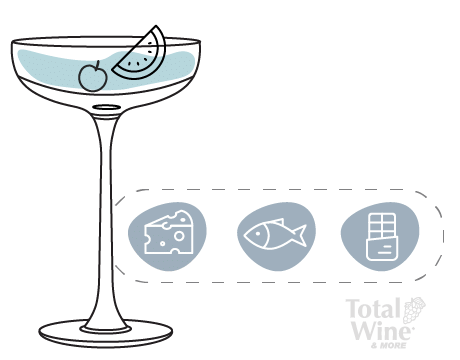 When it comes to Gin, a wide variety of food can be paired with this botanical spirit. Choose from smoked salmon, strong cheeses, chocolate, and even the famous British dish: fish and chips. Cucumber flavored or based foods also pair well with the spirit.