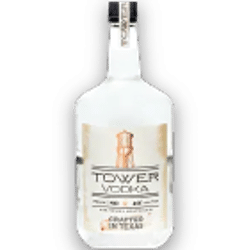 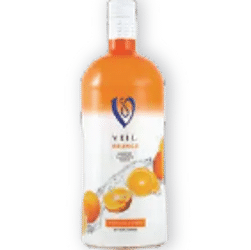 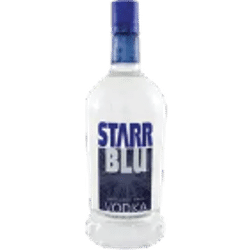 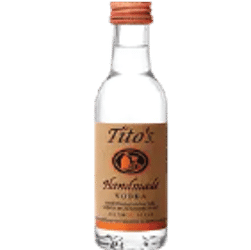 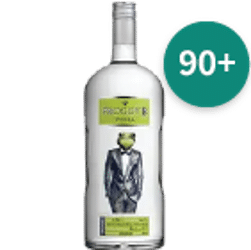 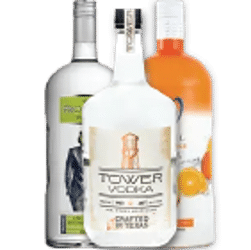 Vodka is the most-consumed spirit in the world. In 2012, according to The Economist, global vodka consumption reached 4.4 billion liters. The definitive neutral spirit, vodka is an essential ingredient to be enjoyed in any number of mixed drinks, and sippable straight in upscale, premium versions.

Just about any fermentable material can be used to make vodka. Most common bases are grains, like barley, rye and wheat, but potatoes, grapes and corn are also used. Despite the varying ingredients, the finished product is almost universally pure, clear and neutral. Vodka’s slight aromas and clean flavors are subtle, but can be distinctive.

Where does vodka come from?

The first documented mention of wodka dates to 1405 in Polish court records, but whether vodka actually originated in Poland or Russia remains a subject of debate.

“Vodka” is not far from voda (вода), the Russian word for water. Vodka, like other spirits, was used as medicine before emerging as the pure drink we know today. By the 1400s it began to transition to a more common drink for enjoyment.

Early vodkas were primarily grain-based, and most likely harsh. Russians began filtering their vodka through charcoal in the 1700s, and at about the same time, Poland began using potatoes as a base material. Both practices produced smoother, more palatable spirits.

As processes modernized, vodka began to morph into the beverage we know today. Charcoal filtering was common, and producers began multiple distillations, achieving purer results. The invention of the Coffey still in 1830 revolutionized production as well, with its two columns that allowed for continuous distillation, rather than restricting producers to single batches. As supply for a more refined product grew, vodka became popular across Europe.

Still, vodka didn’t enter the United States until after World War I. Vladimir Smirnov, whose father had founded and run the famed Russian vodka brand, escaped Moscow during the revolution. He made vodka in France (and adopted a new spelling for the family name) before selling production rights to a colleague in the United States. By mid-century, vodka was part of the American mainstream.

The vodka market continues to grow in two ways: with the creation of premium brands, featuring ultra-pure and refined spirits; and with the addition of countless flavored vodkas to product lineups.

What are the different kinds of vodka?

Vodka comes in a variety of forms, but generally falls into one of three main vodka groups:

How is vodka made?

The base ingredient used to make vodka will have a subtle effect on the final product. Rye might add an oily texture and spice, while barley might be mild and light. Potatoes can add a creamy feel. To begin production, the base is mixed with water into a mash, and cooked. Whole grains and potatoes require the addition of enzymes to convert the starches into sugar, while malted grains contain their own enzymes.

After a quick fermentation of about two days, the liquid is typically poured into a column still for distillation. Producers put vodka through multiple distillations, as many as seven, in pursuit of a clean, pure spirit. Once distilled, vodka is “neutral” at 190 proof (95 percent alcohol by volume). The vodka may also be filtered through charcoal or other materials. Producers then add water to achieve the desired body and reduce the proof.

Water is crucial for distillers. They often look for the purest of the pure, and they’ll go to great lengths to filter, soften or otherwise purify their water. However, even with multiple distillations, the purest water and the near absence of congeners, some oils and sugars remain in the spirit after distilling. Whether the water is distilled or sourced from a natural spring, it will impart subtle flavors and aromas, which often become the defining characteristics of a brand.

Flavored vodkas, whether sweet, spicy or savory, require an additional step in production. Distillers may steam the flavor ingredients to infuse into the vodka or simply mix them in to achieve the desired flavor.

What are the popular vodka brands that Total Wine & More carries?

Total Wine & More carries a variety of the most popular brands of vodka, including:

Note – availability of these brands of vodka differ by store and market. They are carried where able.

What are popular vodka cocktails and drink recipes?

As vodka is the most-consumed spirit in the world, it is thus one of the most popular spirits for making cocktails and vodka drinks.

Some of the most popular vodka cocktails include:

Want to learn more about vodka? Head to our Vodka Guide to learn everything you’ll need to know, including other spirit types as well from our overall Guide to Spirits!