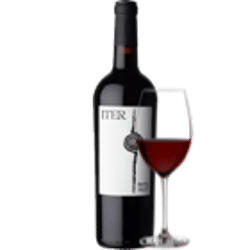 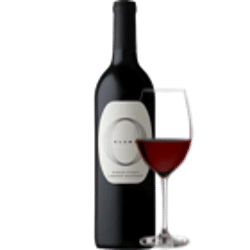 Cabernet Sauvignon is one of the world's most widely recognized red wine grape varieties. See why this varietal is so popular.

What kind of wine is Cabernet?
Cabernet Sauvignon is a noble and intensely flavored dry red wine. It is considered the king of wines around the world because of its ability to age. Originally from France, Cabernet is one of the most widely planted red wine grapes internationally.

Where is Cabernet Sauvignon from?
Cabernet Sauvignon wine is made from a purple grape of the same name. The grape is originally from an area of Southern France that includes the Bordeaux wine region. In 1997, researchers discovered that Cabernet Sauvignon is a cross between Sauvignon Blanc and Cabernet Franc grapes. Today, Cabernet grapes are made into wines in nearly every wine-producing country in the world.

Why is it called Cabernet Sauvignon?
Cabernet Sauvignon wine gets its name from the grape in which it is made. Most wines sold in the United States, Australia, and South America are named for the grape used to make the wine. The word Sauvignon comes from the French word sauvage, which means “wild.” It is a reference to the fact that Cab Sauv can grow very vigorously.

What does Cabernet taste like?
Cabernet Sauvignon wines can vary in taste depending on where the grapes were grown, the type of soil, the weather, what type of barrels the wine is aged in, and how old the wine is. Most Cabernet Sauvignon wines show flavors of fruits like cherry, blackberry, and plum; spices like vanilla and clove and other notes like bittersweet chocolate, cedar, sweet tobacco, and mushrooms.

Younger Cabernets from warm areas tend to have darker fruit flavors, including black plums, black currants, and blueberries. Wines from cooler areas show more red fruits such as tart cherries and strawberries. The fruit flavors soften when the wine gets about five years old, and more earthy flavors of graphite, cedar, mushrooms, and spices can emerge.

What country makes the best cabernet sauvignon?
The Cabernet Sauvignon grape was first made into wine in the Bordeaux region of France, and for many people, Bordeaux is best. However, many acclaimed Cabs are also coming from Australia, California, and Italy (Tuscany). A list of the most sought after and expensive wines in the world are Cabs like Screaming Eagle from Napa Valley, Château Cheval Blanc, Chateau Lafitte Rothschild, Château Mouton Rothschild, and Château Margaux from Bordeaux, and Penfolds Block 42 Cabernet from Australia.

Do you chill Cabernet Sauvignon?
Serving Cabernet Sauvignon wine just slightly chilled will help the wine taste more smooth. Red wines are typically served at 60-65 degrees Fahrenheit. Just place Cabernet in the refrigerator for 20 minutes before serving, and it will be chilled enough.

Does refrigerating red wine ruin it?
Refrigeration does not ruin red wine; red wine like Cabernet and all wines should be stored in a cooler part of your home or a wine refrigerator. Even if you do not have a wine refrigerator, store your Cab and all wine out of the sun, in a place with a constant temperature and where it won’t get jostled around. All these things ensure that the wine will taste good as it ages. Once it’s uncorked, you can keep a red wine in the refrigerator for four or five days.

What foods go with Cabernet Sauvignon?
Cabernet Sauvignon has a bold flavor profile with a balance of fruit, alcohol, tannin, and acidity. Cab goes best with foods that have a similarly bold flavor profile, such as beef steak and brisket, braised short ribs, lamb burgers, game and fowl, hearty pasta dishes, grilled mushrooms, and zesty cheeses like gruyere, aged gouda, and cheddar.

Want to learn more about wine and cheese pairings? Visit our Wine and Cheese Pairing Guide!

Which country makes the best Cabernet in the world?
That’s hard to say, since the best Cabernet depends on your taste. Old World Cabernet from France tends to be lighter with softer fruit, more bright acidity, while Napa Cabs are bigger with higher alcohol and more bold fruit flavors.

Most Napa Valley Cabernet Sauvignons, such as Stags Leap, are at least $80 to $100 a bottle. By contrast, Cabernet from Chile, Washington State, and smaller chateaux in Bordeaux, France, can often be incredible values for the price.

Some of our most popular brands of Cabernet Sauvignon include:

Browse our full selection of Cab wines and pick up a few bottles of the best international Cabernet wines.