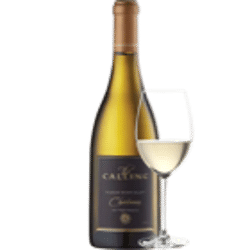 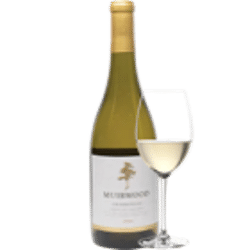 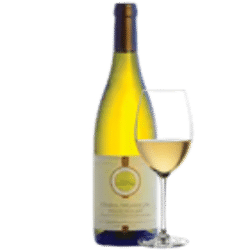 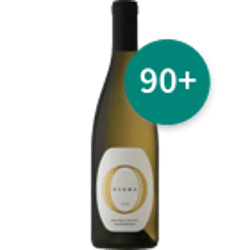 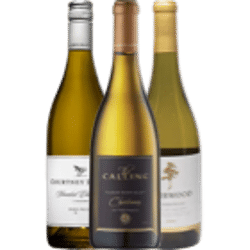 Chardonnay is the world's most popular white wine, and for good reason. It can be crisp and clean, or rich and oaky.

Charming Chardonnay
Chardonnay is one of the most beloved wines in the world. Its ability to be produced in a vast range of styles means that there is a bottle—or more!—that will appeal to everyone's unique preferences.

What is Chardonnay wine and where does it come from?
Chardonnay is a white wine crafted from the grape of the same name, and it grows throughout the world. From California and Oregon to France, Argentina, New Zealand, and beyond, grape growers and winemakers everywhere try their hand at producing Chardonnay, one of the most popular white wines on the planet.

Is a Chardonnay dry or sweet?
Like most wines, Chardonnay can be made in either a dry or a sweet style. It also can be made sparkling—in Champagne, it's one of the three most important grape varieties, and blanc de blancs Champagnes are produced entirely from Chardonnay grapes.

Interestingly, many Chardonnays labeled as dry often give the impression of having a bit of sweetness. This is generally a result of either very ripe grapes used to make the wine (riper fruit has more sugar and less acidity) or aging the wine in toasted oak barrels, which adds sweet and often spicy notes like vanilla, cinnamon, and caramel.

There are, however, examples of Chardonnay at both extremes: Overtly sweet versions are available, as well as bone-dry bottles with flavors that often remind tasters of oyster shells and citrus fruit.

Many wine professionals are often asked, "Is a Chardonnay a dry white wine?" The answer is, it depends on the bottle. The best way to discover Chardonnay's full range is to taste as many different versions of it as possible. It's the best kind of homework in the world.

What is the butteriest Chardonnay?
Many different Chardonnays have a buttery characteristic, but some of the best buttery Chardonnay come from:

Where does butteriness come from?
The sense of "butteriness" in Chardonnay mainly comes from secondary fermentation. (Buttery wine, and buttery white wine, in particular, can be produced from other grapes, too.) The first fermentation in winemaking uses yeast to turn sugar into alcohol, and therefore, grape juice. The second fermentation that some wines go through adds the buttery note that fans of but-tery Chardonnay love so much. This involves a specific kind of bacteria that converts the tart apple-like acidity in wine (called malic acid) into lactic acid. This malolactic fermentation is the main contributor to the delicious butteriness in Chardonnay. That characteristic can be amped up even further by aging the wine in new, toasted oak barrels.

What is the difference between oaked and unoaked Chardonnay?
Aging wine in oak impacts it in several important ways. First, as discussed above, is the flavor. Oaked Chardonnay tends to have a sweeter spice note than unoaked Chardonnay. Of course, a lot depends on what kind of oak the wine is aged in: new oak barrels impart much more flavor than used ones. And American oak is generally more assertive than French oak. Some produc-ers even rely on oak from specific forests in France because of the unique flavors and aroma. Second, oak often softens the texture of a wine. Because a tiny amount of air passes through the wood, the wine is subtly oxygenated, making it feel silkier when you take a sip.

Unoaked Chardonnay is an increasingly popular style. These wines tend to be more mouth-watering and have a more pronounced acidity sense when you take a sip. For example, Chablis is a Chardonnay from a far northern part of the French wine region of Burgundy that is often unoaked. These wines are generally prized for their sense of structure and bone-dry flavors.