Rum, distilled from sugar cane or its byproducts, is synonymous with the island life. Sugar cane and rum production spread throughout the Caribbean after 1493, when Christopher Columbus brought sugar cane cuttings to the region. The plant was quick to flourish in the heat and humidity of the Caribbean region.

By the 1600s, island-made rums were in demand in England and its colonies. Part of the drink’s popularity is attributed to the Royal Navy, which gave its sailors daily rations of rum. That tradition lasted more than 300 years, until 1970.

Sugar cane is the grass species Saccharum officinarum, of which rum producers use several varieties. Like wine, rum is very much a product of its environment. The type of sugar cane used, weather and soil all affect the product’s flavor and can reflect its provenance.

Once mature and at optimal sugar level, sugar cane is harvested and quickly moved to the production facility for fermentation. It is cleaned, chopped, milled, crushed and then added to water, where it releases juices and syrup, which are then boiled. Through evaporation, sugar crystallizes and can be removed, leaving behind molasses. Most rum is produced from molasses, and some is made from fresh sugar cane juice.

The sugar concentration of molasses is too high for yeast to survive, so producers add water before adding yeast to launch fermentation. Water amount, yeast type and fermentation length affect the rum’s final style. Most rum is produced in a continuous distillation process, which makes light-bodied to almost neutral rums. Batch processing in pot stills makes heavier-bodied, more characterful rums.

Before bottling, rums may be blended and reduced in alcohol content. Producers can also create flavored or spiced rums at this point by adding fruit, spices or other ingredients.

Rum styles vary greatly according to where they are made. Central American producers, for example, generally create light-bodied rums carefully aged for a light, fruity, and floral style. Medium-bodied blends from Barbados have additional character. Trinidad makes lighter-style rums, but is known for uniquely spicy blends.

Jamaica produces bigger-bodied, pot-still-produced and oak-barrel-aged dark rums with more complex congeners. Jamaican rums sometimes include some of the “dunder” (the residue or tails) from prior distillations, which contains spent yeast and other flavorful congeners.

Guyana rum makers use sugar cane juice rather than molasses. The result is full-bodied, rich rum named for the Demerara River, along which the cane is grown. Demerara is also a main component of bulk rums exported to Britain, where they are aged, blended and dosed with caramel to add both color and sweetness; these final products are known as navy blends.

Distillers on Martinique and Guadeloupe, as well as on La Réunion, an island in the Indian Ocean, are known for rhum agricole. Also made from sugar cane juice, this French-inflected spirit is produced in single column stills that yield low-alcohol, light and fruity spirits, often bottled unaged.

What about … Cachaça?Cachaça (kah-SHA-sah) is a rum-like spirit, unique to Brazil, distilled from fermented sugar cane juice. It may be aged or unaged, and may have sugar added. When muddled with lime juice and sugar, Cachaça makes the quintessential Brazilian cocktail, the Caipirinha. 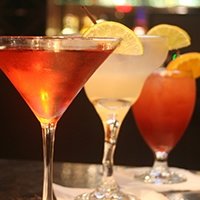 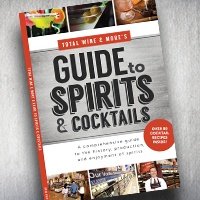