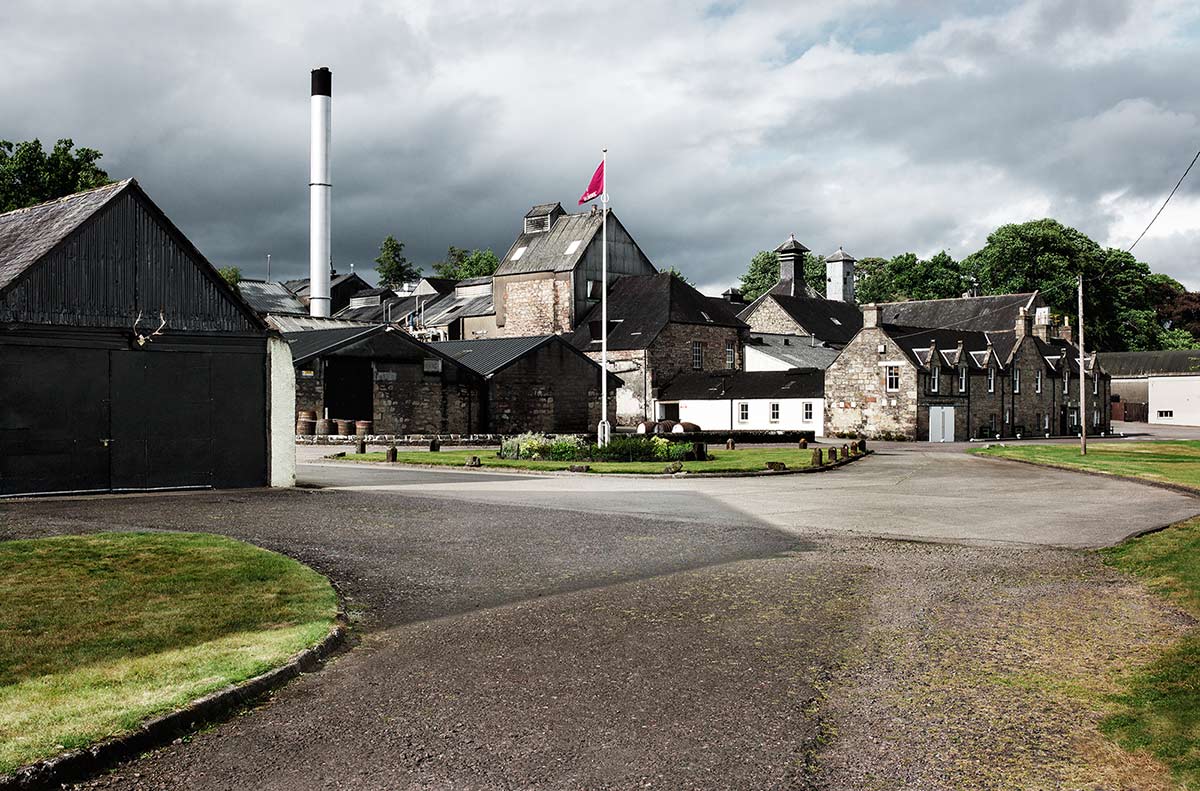 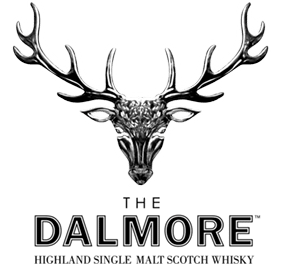 Since its inception in 1839, a long line of whisky pioneers at the helm of The Dalmore distillery have been going above and beyond to create exceptional single malt.  The unique distillation at The Dalmore produces a complex new make spirit which can be matured for longer and in a greater variety of casks than any other.  Master Distiller Richard Paterson travels the globe to hand-select only the finest casks in which to mature The Dalmore.  Building on the foundation of the great men who went before him, he continues to push the boundaries of what is possible in the art of whisky making. Shop now >

Since its inception in 1839, a long line of whisky pioneers at the helm of The Dalmore distillery have been going above and beyond to create exceptional single malt.  The unique distillation at The Dalmore produces a complex new make spirit which can be matured for longer and in a greater variety of casks than any other.  Master Distiller Richard Paterson travels the globe to hand-select only the finest casks in which to mature The Dalmore.  Building on the foundation of the great men who went before him, he continues to push the boundaries of what is possible in the art of whisky making. Shop now > 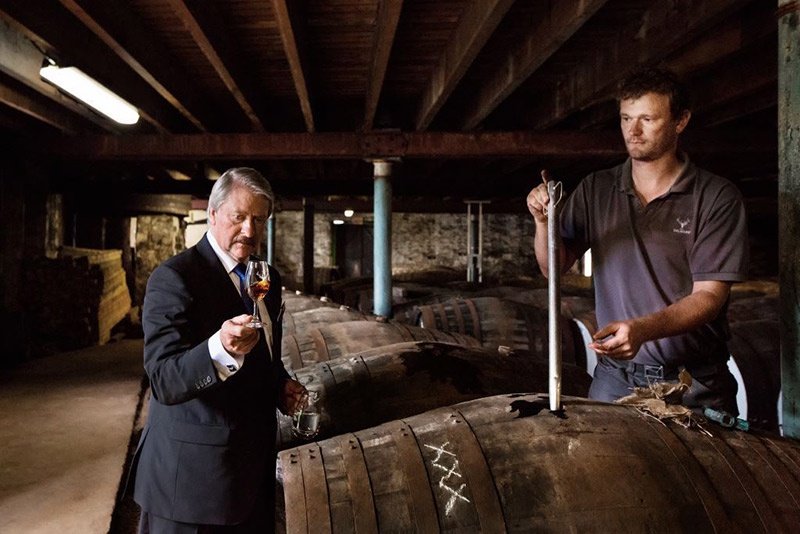 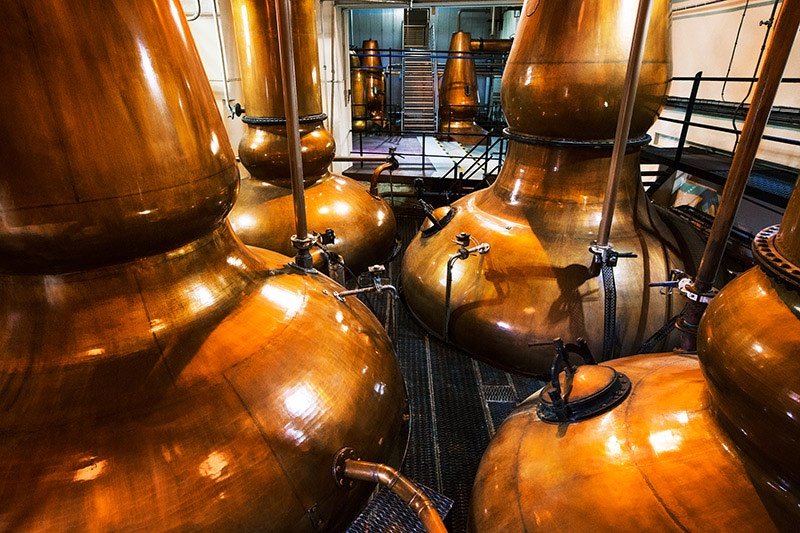 Considered the greatest whisky maker of his generation, Richard Paterson is admired across the globe for his passion and innovative flair when it comes to whisky making.

With 50 years of experience in the whisky industry, Richard has been the creative force behind The Dalmore Highland Single Malt for most of that time, having taken over from the Mackenzie family who had run the distillery for three generations and over 100 years.

A true pioneer, Richard’s unparalleled expertise and intimate knowledge of rare and exclusive casks have helped him continue the work of the Mackenzies and establish the category of super luxury single malt, a category he has been defining with The Dalmore ever since.

Richard learned the complex art of producing the perfect whisky from his father and grandfather. His dedication to his craft, attention to detail and unwavering commitment to producing the most exceptional whiskies help make each and every drop of The Dalmore outstanding.

Richard began his career as a general production assistant at A. Giles & Company Whisky Blenders & Brokers in Glasgow, where he learned the art of whisky distilling and blending. He then joined Whyte & Mackay Ltd one of Scotland’s leading makers of Scotch whisky and owners of The Dalmore. Just five years later, at the age of 26, Richard was promoted to Master Blender.

50 years on and Richard is still the custodian of The Dalmore, creating, developing and keeping careful watch over some of Scotland’s oldest and rarest whisky stocks.

With a truly unique talent for ‘nosing whisky’, his expertise allows him to be able to distinguish between each expression to maintain particular layers of flavour, aroma and depth. Richard can often nose hundreds of samples of The Dalmore over the course of a day and has intimate knowledge of individual casks maturing on site at The Dalmore distillery.

Once the whisky is matured, Richard determines if the assemblage of flavours and aromas in the drink have developed in line with his original vision. If so then the whisky is then ready to be released. It is this unrivalled skill that earned him the nickname ‘The Nose’.

Richard is a restlessly brilliant innovator who takes inspiration from a range of sources, from art to music, fragrance to fashion and cuisine to fine wine. Since its origin, The Dalmore has been renowned for pushing the boundaries in whisky creation, maturing stocks for long periods and moving spirit between casks – both practices which were unheard of at the time.

Richard has made it his mission to continually evolve the art of multi-cask maturation and finishing, which has led to ground-breaking and definitive releases such as The Dalmore King Alexander III, the first single malt whisky in the world to achieve a six cask finish. The Dalmore Constellation Collection is another such example which includes a selection of 21 single cask releases which perfectly showcase the depth and complexity of stocks which can be uniquely created at The Dalmore.

Each new release of The Dalmore developed by Richard is truly history in the making. Richard continues the exceptional work of the Mackenzies to fulfil the vision of The Dalmore’s founder, Sir Alexander Matheson, to create the world’s definitive luxury single malt. Richard has managed to find the perfect balance of honouring the provenance of the distillery whilst being at the cutting edge of innovation, and has been for decades.

When Richard isn’t creating his whiskies he is often out travelling the globe extensively, not just an ambassador for The Dalmore but for the Scottish whisky industry as a whole. His inimitable presenting style coupled with his passion and knowledge for whisky has earned him an array fans, around the world who consider his tasting presentations and events the highlights of their social calendar.

A real whisky celebrity, Richard has been awarded The Spirit of Scotland Trophy at the International Wine & Spirit Competition and was named Whisky Magazine Whisky Ambassador of the Year.

When he isn’t receiving plaudits for his work, Richard likes to spend his time sharing his passion through his role as Diploma Lecturer for Scotch Whisky for the Wine & Spirit Education Trust in London. He also works extensively with the Benevolent Trust in Scotland, to raise money for those who have previously worked in the drinks industry and have fallen on harder times. In 2008 Richard published his very own book, Goodness Nose.

Richard regularly features in the press and has contributed to magazines such as the Financial Times How to Spend It, Whisky & Bourbon, The Huffington Post and Whisky Magazine, as well as bringing his inimitable presenting style to life on programmes such as CNBC (US), Style TV (Russia) and STV (UK) to name but a few.