TO IMPROVE YOUR TOTALWINE.COM SHOPPING EXPERIENCE

...please set your device's browser to accept cookies. See why we use cookies and how to enable them.

After your browser is set to accept cookies, you can use the button below to continue shopping 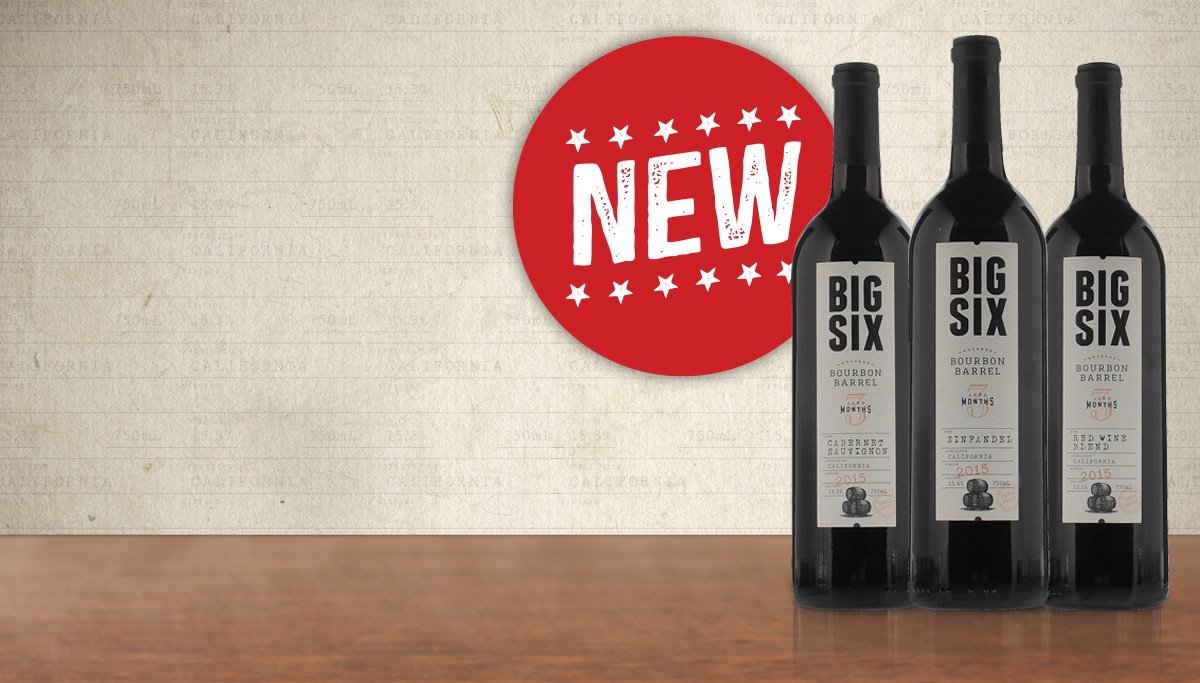 Revolutionizing wine, one Bourbon barrel at a time. Big Six’s red wines, which include a Cabernet, Zinfandel and red blend, are aged in Bourbon barrels to give them rich depth of flavor and layered notes of vanilla and spice.

Big Six is named for the legend of Mickey “Big Six” Doyle, said to be Kentucky’s fastest Bourbon bootlegger in the early 1920s. With the help of his lightning fast six-cylinder-engine car, Big Six always remained one step ahead of the Five-O. Inspired by this tale, Big Six wines are so good – they should be against the law!