Your complete guide for the spirit made from agave! From how it's made, to how to serve it, and everything in between. 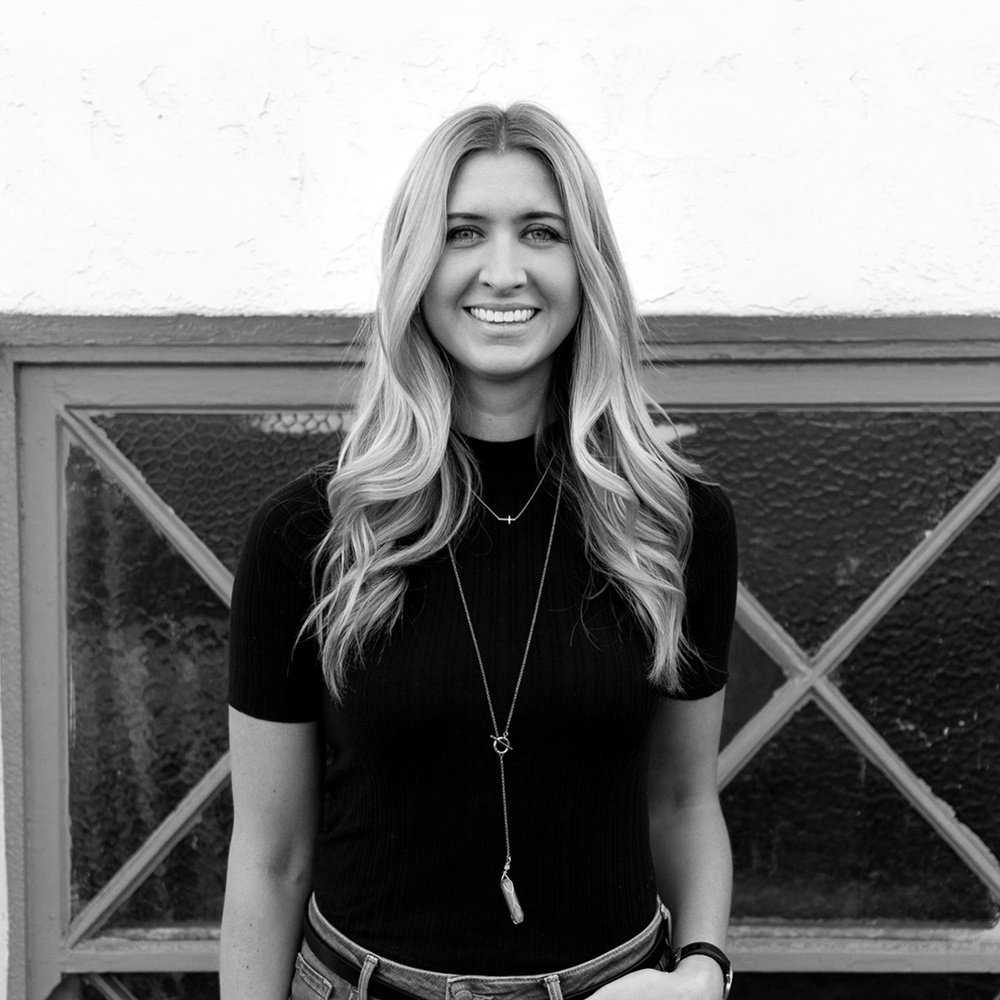 If you’ve been around the last 5–10 years or so, you’ve heard of something called agave. Now, most people know agave to be a sweetener substitute for honey or sugar, but it also moonlights as the plant that birthed Tequila! That’s right, Tequila is distilled from the blue agave plant, a spiky succulent that grows throughout the five Mexican regions where distilleries make Tequila. 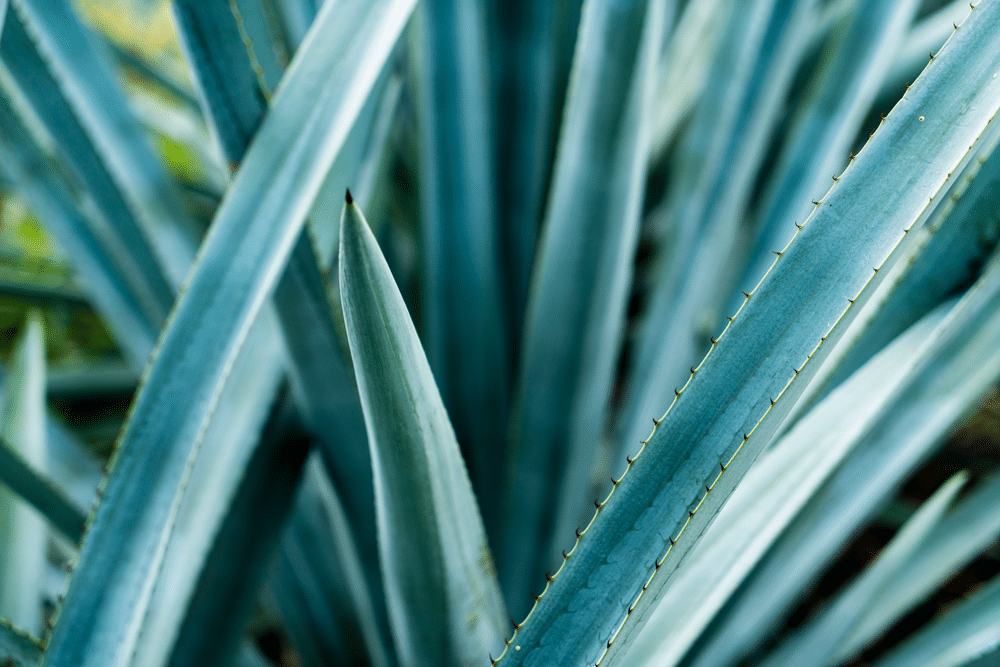 How is Tequila made?

To make Tequila, the sugary sap in the heart of the blue agave is fermented, distilled, aged (in most cases), and then bottled. Let’s break that down. 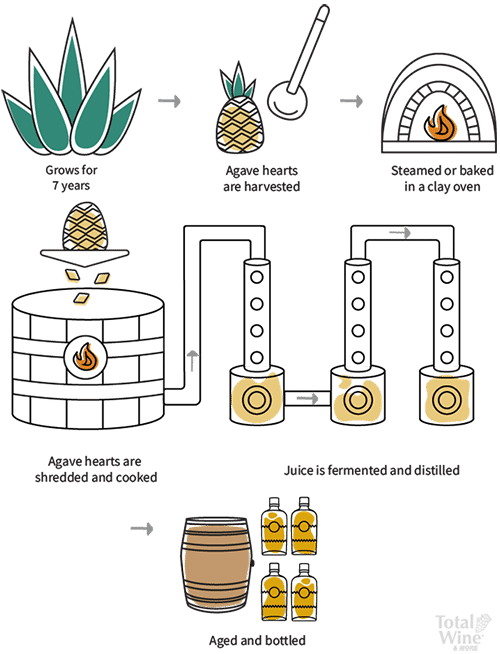 The flavor characteristics of the blue agave vary depending on the region and altitude of where it was grown.

There are other spirits distilled from agave, but those are called either mezcal or Destilado de Agave. The oldest Tequila distillery is Grupo José Cuervo, which distills the famous José Cuervo Tequila, founded in 1758. 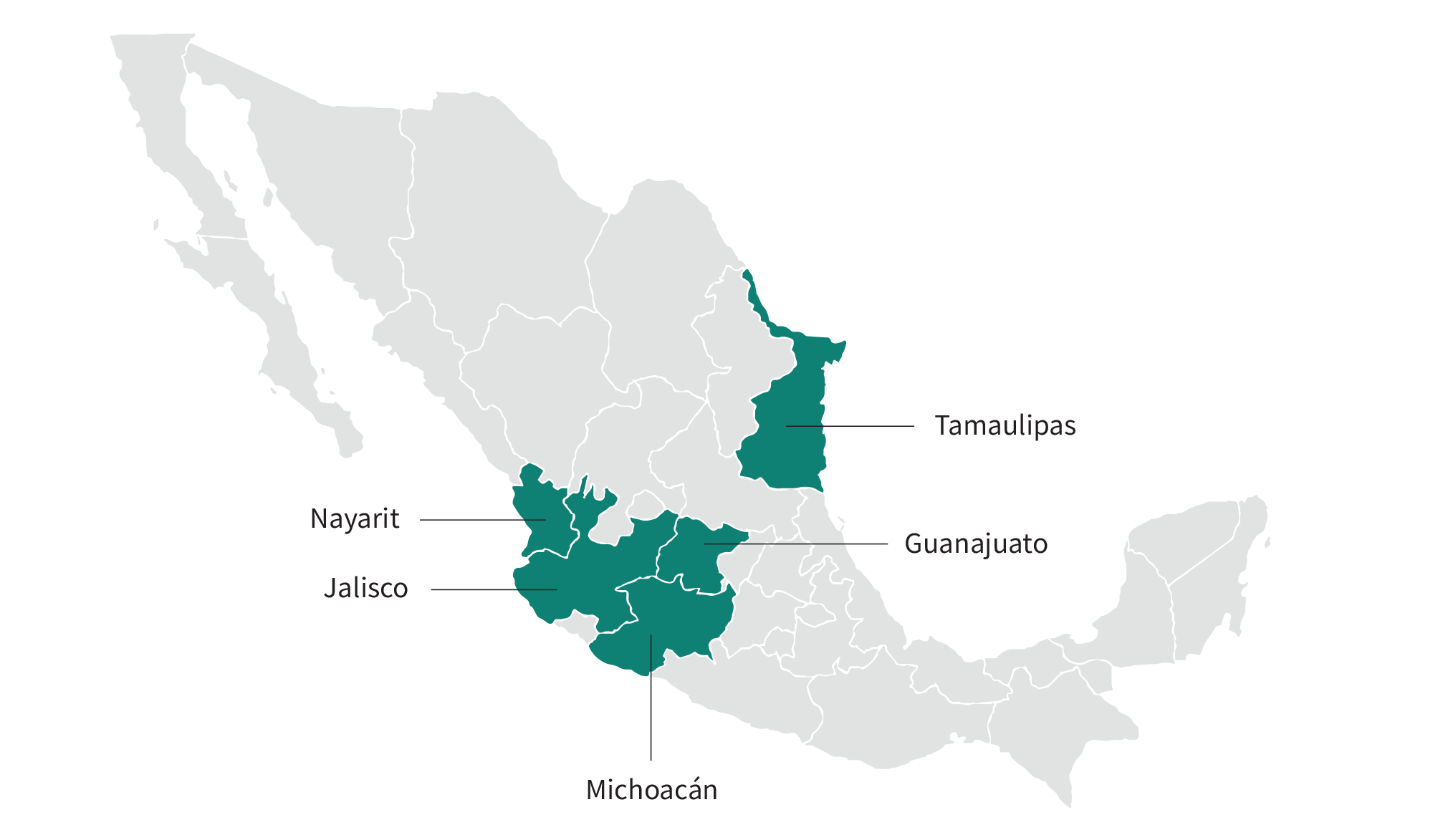 To be called Tequila, by law, it must come from one of five Mexican states: Jalisco (where you find the town of Tequila), Guanajuato, Nayarit, Michoacán, or Tamaulipas. It must also be made with the blue agave plant; otherwise, it cannot be called Tequila.

There are five (5) types of Tequila that you need to know about.

Tequila is classified according to the length of time the spirit is aged. As Tequila ages, it goes from a young Blanco to a more mature Añejo. During the aging process, the Tequila color and flavors deepen, and the spirit develops a smoother taste. 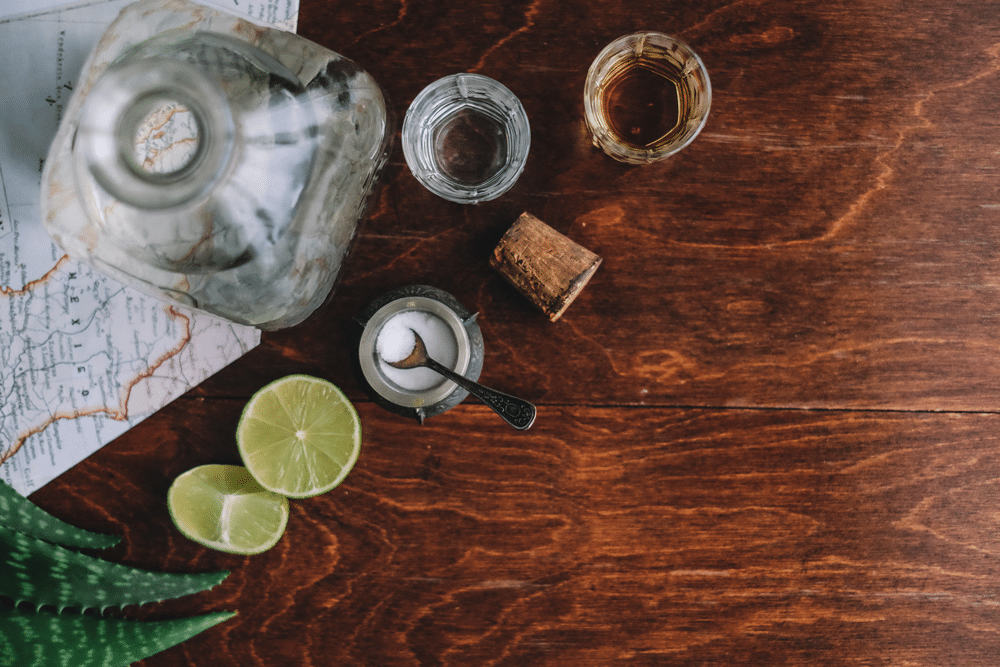 AKA silver Tequila, blanco can be bottled immediately or aged up to two months and is the purest flavor of Tequila because it contains no added flavoring agents. It is also the best representation of the blue agave plant's natural sweetness.

Tasting notes:​ Never aged in a barrel, most authentic taste of the agave plant, including some citrusy, spicy notes.

“Young” in Spanish, this type of Tequila is commonly referred to as gold. This Tequila derives its name from the golden color imparted upon the liquid from extracts added to change the flavor and hueue of the Tequila beyond the blue agave plant.

In Spanish, reposado means "rested”. This Tequila is aged in a French or American oak barrel for 2 to 12 months, giving it time to turn a pale golden color.

Tasting notes:​ Bold blanco taste with caramel and honey. Some can pull in flavors such as vanilla, cinnamon, or dried chocolate depending on how long it has been aged.

Añejo, meaning "aged," spends one to three years in an oak barrel similar to the ones used for aging whiskey or wine. It gets smoother, darker, and the taste is sweeter thanks to the barrel.

Tasting notes:​ Smooth, removing the sharpness of a blanco, and adds sugary and caramelized notes.

A somewhat new type of tequila that is barrel-aged for more than three years. The spirit becomes a dark amber color.

Tasting notes:​ Rich with nuts, caramel, fruit, and spice, similar to whiskey or an older rum.

Keep in mind, the least expensive kind of Tequila is a mixto, which is a mix of 51% agave and 49% other sugars, like cane sugar, plus flavoring and coloring. Tequila made this way will only have "Tequila" on the label, and it won't mention agave.

Similar to the rule in the U.S. for bourbon whiskey, all Tequilas are Mezcals, but not all Mezcals are Tequila. While both Tequila and Mezcal are Mexican distilled spirits made from agave, Mezcal can be produced anywhere in Mexico from up to 30 different kinds of agave. Tequila is a special kind of Mezcal that must be made from blue agave in one of the five designated states in Mexico.

​The finest Mezcal comes from the state of Oaxaca; it's cultural home. Making Mezcal is a more rustic process, and many makers roast their agave piñas in a pit with fire and rocks and then crush the piñas with a large stone pulled by donkeys. Letting the hearts smoke this way often produces a subtle, smoky, and earthy flavor in Mezcal. 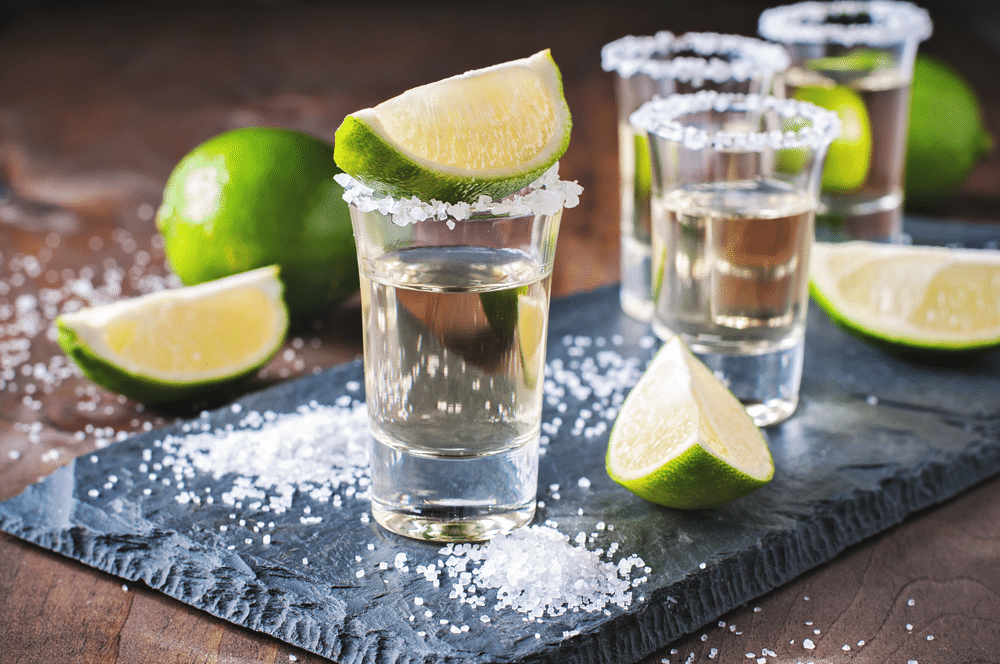 How to drink Tequila

Like most spirits, there are three ways to enjoy Tequila: neat, on the rocks, or in a cocktail. 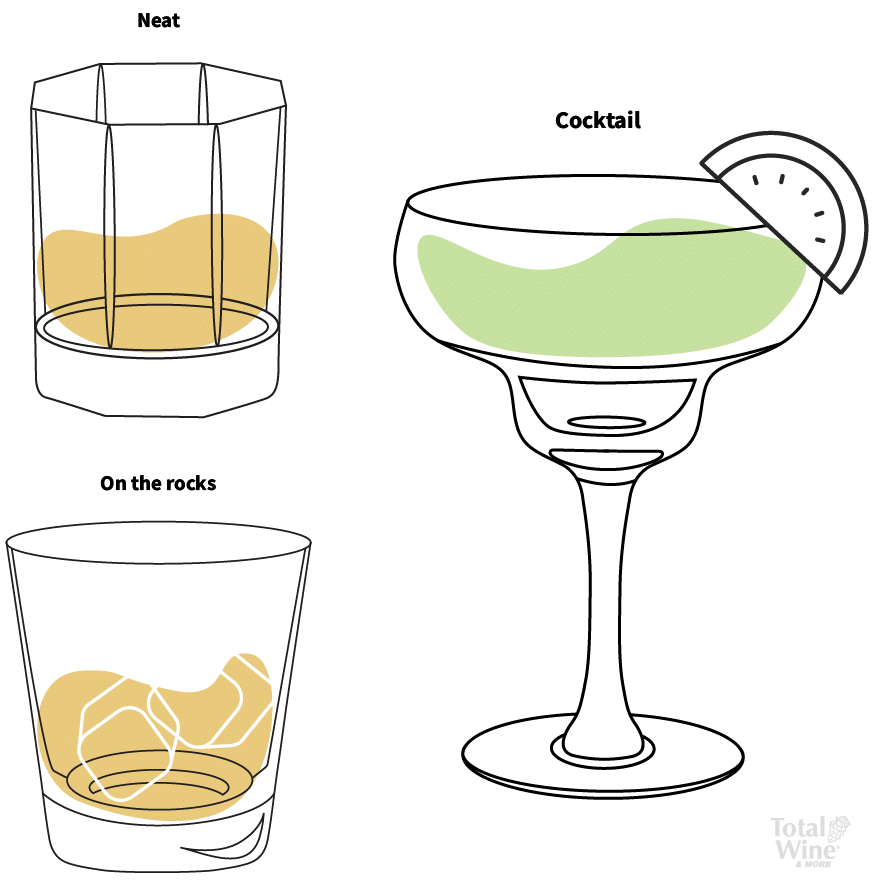 The most traditional way to enjoy a Tequila is “neat”. Simply pour some in a lowball glass by itself. No mixers, no ice, nothing — just enjoy sipping.

​On the rocks is a fancy way to say “add some ice”. A smooth Tequila over some ice will dilute the spirit, dulling the sharpness of the spirit.

​Now we all know how popular Tequila is when it comes to cocktails, Margaritas especially. Other popular drinks include Bloody Maria and Paloma. Check out our favorite Tequila cocktails and try a recipe or three.

Pairing your Tequila with food is not an easy task, especially because there are different types of Tequila to keep in mind. When pairing, try to think about the “heaviness” of the food item. Typically, the lighter the food the younger the Tequila. For example: 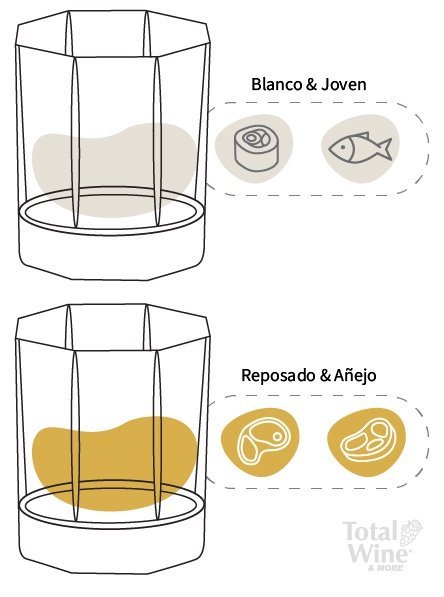 All in all, Tequila is a very special, very tasty spirit. Share this article and see if your friends agree!