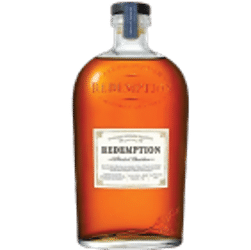 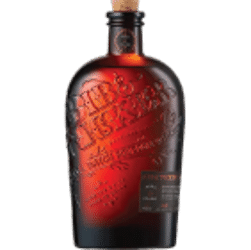 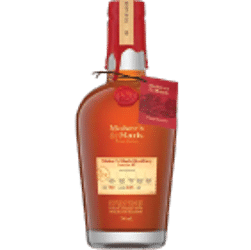 Bourbons for the Holidays

Whether you prefer a bourbon-based cocktail, or you sip it straight, we've got something for everyone this holiday season.

Bourbon is America’s native spirit. Bourbon is a type of whiskey that is made from [traditionally] a sour mash that is distilled twice: once in a single column still, and then again in a pot still.

Where does bourbon come from?

Bourbon traces its heritage to immigrants who brought their whiskey-making skills to the American colonies in the 18th century. Rye was the crop of choice for them, because it was easier to establish than the traditional barley. But when settlers pushed west to Kentucky, which had gained a reputation for fertile soil and pure spring waters, corn became the base material for their whiskey, and it established a style that Kentucky could call its own.

Although it’s historically affiliated with Kentucky, Bourbon today may be made anywhere in the United States, so long as producers follow a recipe and process that is set by law to be qualified to be called bourbon.

What is the difference between whiskey and bourbon?

There are a few differences between whiskey and bourbon. First, we need to establish the “Bourbon Rule”, which states that all bourbon is whiskey, but not all whiskey is bourbon.

Here are the some of the main factors that differentiate bourbon from other whiskies:

3.           Bourbon can not have any added flavoring or coloring during the distillation process

The most important difference between whiskey and bourbon is the mash bill. In bourbon, fifty-one percent of the mash bill must be comprised of corn, and the rest must include other grains, such as rye, barley and wheat. Besides bourbon, there is no other type of whiskey (scotch, rye, etc.) that is required to be at least 51% corn mash bill.

The mash is mixed and cooked with water, then fermented, often using specific yeast cultures that help define a brand’s signature flavor. However, besides water, no additional additives can be added to the distillation process when making bourbon. If any additional ingredients are added to the distillation process (honey, cinnamon, apple, filtering it through charcoal for additional flavors, etc.), then the whiskey cannot be called bourbon by law.

In addition to being 51% corn, bourbon must also be aged in new charred American oak barrels for at least 2 years. The whiskey also cannot become a bourbon if it is over 125 proof when it enters the barrels for aging. Aging a whiskey this way adds the next layer of complexity. In barrel, the spirit gains its color and a range of rich flavors such as vanilla, coconut, toffee, sweet spice, and more!

Once the whiskey is finished aging, it must then be bottled between 80-160 proof. If it is above or below that range, the whiskey will not be deemed a bourbon.

Lastly, bourbon must be made in America. Whiskey can be made anywhere in the world, but bourbon can only be made in the United States. Contrary to popular belief, bourbon does not have to be made exclusively in Kentucky (but most of the bourbon in the world still is made there).

So long as the whiskey follows the main bourbon guidelines above when being distilled, and the end result meets the bourbon criteria, it can then officially be called America’s Native Spirit.

What are the popular Bourbon brands that Total Wine & More carries?

Some of the most popular Bourbon brands that we carry include:

Browse our wide selection to order a bottle of the best trending bourbons!

What are popular bourbon cocktails and drink recipes?

As vodka is the most-consumed spirit in the world, it is thus one of the most popular spirits for making cocktails and vodka drinks.

Some of the most popular vodka cocktails include:

Want to learn more about bourbon? Head to our American Whiskey & Bourbon Guide to learn everything you’ll need to know, including other spirit types as well from our overall Guide to Spirits!