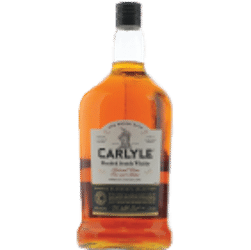 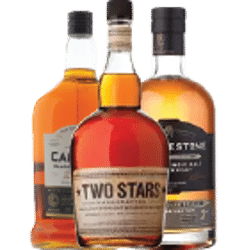 Discover a world of whiskey that spans the spectrum of flavors and tradition.

For the Whiskey Lover

Flavors To 'Whiskey' You Away

Everyone loves our hand-picked selections of the best whiskeys from around the world. Enjoy sipping on the world's finest.

Whiskey is a type of distilled alcoholic beverage made from fermented grain mash.  Various grains are used for different varieties, including barley, corn, rye, and wheat.  Whiskey is typically aged in wooden casks, generally made of charred white oak.

Where does whiskey come from?

The world’s first whiskey producers were in Scotland and Ireland, where medieval monks concocted the spirit for medicinal purposes. But whiskey’s roots also run deep in this country. From George Washington, who operated what was once the nation’s largest distillery, to the Tennessee and Kentucky settlers who established local whiskey traditions, whiskey-makers helped shape American history. Canadians built their own whisky history as well, and the Japanese continue to put their Scotch-like stamp on a century of production.

So is it whiskey or whisky?

Throughout our site, you might see some spirit products spelled “whisky” and sometimes “whiskey.” We follow the traditions of the countries where the spirits are produced. In Scotland, Canada and Japan, it’s spelled whisky (or whiskies). In Ireland and the United States, it’s whiskey (whiskeys). When referring to whiskies and whiskeys together, we call them whiskeys. Sometimes a producer will bend the rules and use a non-traditional spelling, and we respect the wording on the label when referring to that specific whisky. Or whiskey.

What are the different types of whiskey?

Whiskey comes in many different forms.  Some of the more known types are:

•            American Whiskey – These are whiskies that are produced in the United States and are comprised of the proper mash bill from the grains used (barley, corn, rye, and wheat).  Popular American Whiskey brands that we carry include Seagram’s Whiskey, Southern Comfort Whiskey, and Kessler Whiskey

•            Bourbon Whiskey – Whiskey must be made of 51 percent corn mash to classify as a bourbon. Famously, bourbon is produced in Kentucky, but can be made anywhere in the United States. Popular bourbon brands that we carry include Maker’s Mark, Jim Beam, Woodford Reserve, Elijah Craig, and Four Roses.

•            Scotch Whisky – Must be made from malted barley, be aged for no less than three years and made in Scotland. Popular Scotch brands that we carry include Macallan and Chivas Regal

•            Tennessee Whiskey – While like bourbon in terms of grains used (at least 51% corn), Tennessee whiskey goes through charcoal filtering to mellow the flavor during fermentation and aging. Popular Tennessee whiskey brands that we carry include Jack Daniels, Angel’s Envy, and George Dickel

•            Irish Whiskey – while varied, a general descriptor would be light and fruity.  Traditionally, Irish whiskey is triple distilled in a copper pot. Popular Irish whiskey brands that we carry include Jameson, Tullamore Dew, and Lagavulin

•            Rye Whiskey – by definition, rye whiskey must be at least partially composed of rye mash and distilled to no more than 80 percent alcohol by volume. Popular rye whiskey brands that we carry include Bulleit Rye, WhistlePig Whiskey, and Knob Creek Whiskey

•            Single Malt Scotch – single malt is made completely from malted barley in a single distillery. Popular Single Malt brands that we carry include Jonnie Walker, Glenlivet, Buchanan’s, and Balvenie

How is whiskey made?

No matter where you are, whiskey is basically a grain-based spirit, most often aged in oak barrels. Ireland is thought to have been home to the first commercial whiskey distillers, since production for social enjoyment began in the 16th century. But both Scotland and Ireland lay claim to the birthplaces of what was called uisge beatha in Scotland and uisce beatha in Ireland – the water of life.

Local traditions, laws and individual craftsmanship shape the rest of the story. Over time, the basic whiskey recipe of grain and water has evolved in different directions depending on the source ingredients used, distillation methods, types of barrels, the length of aging and the water used in production. In addition, a producer’s “house style” will feature flavors and influences specific to that particular distillery, not unlike the influences represented in single-vineyard wines. The result is a world of whiskeys that span the spectrum of flavors.

How do you drink whiskey?

There are many ways one can drink whiskey.  Here are two terms that go hand-in-hand with whiskey drinking:

•            Neat – most whiskey connoisseurs will recommend at least taking your first sip neat, meaning served alone, unmixed and not chilled.

•            On the rocks – since whiskey is a potent, high alcohol content liquor, many prefer to dilute it a bit to lower the alcohol using ice, also know as “rocks”